Holder exclusively made for using a silicon probe with SMM series

This holder is intended to hold a silicon probe on SMM series. The silicone probe can be fixed close to the holder shaft to prevent interference around the probe. The holding section is made with resin, thus it does not conduct electricity in contact with a substrate. (The photograph below shows the holding of a silicon probe by NeuroNexus.) 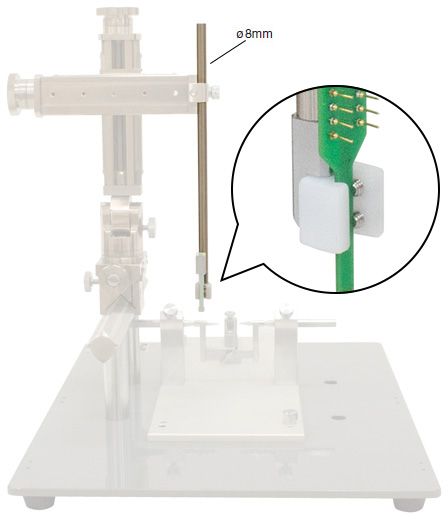