Several microelectrodes can be placed close together with the included Z-axis fine movement.

This micromanipulator is for multi-channel recording with stereotaxic instruments, and is designed to be as thin as possible without compromising its stability. A fixing holder is employed to fix the microelectrodes, in the same way as thin plates hold the microelectrodes. Rotation mechanisms are equipped for all three planes, and the horizontal plane can be rotated with the operating handle. This makes it possible to set the microelectrode angles and easily position the microelectrodes close together. There are two types (SM-25A and SM-25C) in this series, differentiated by the arrangement of their Z-axis movement unit. The SM-25A includes a fine movement unit for precise adjustments. And the SM-25C features an oil hydraulic, remote controlled movement for stable, accurate operation. Users can select the appropriate type according to the work being undertaken. 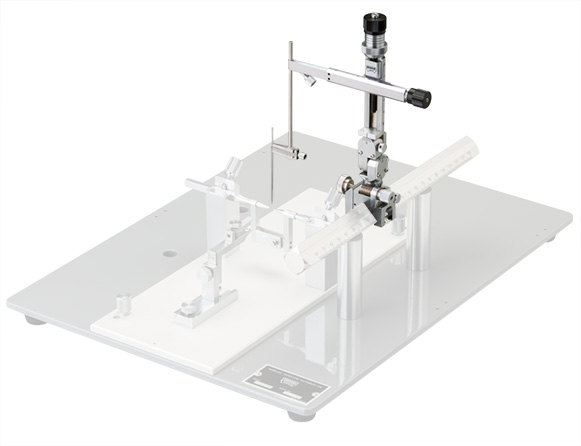 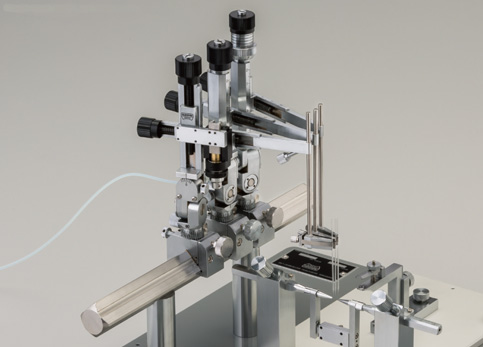